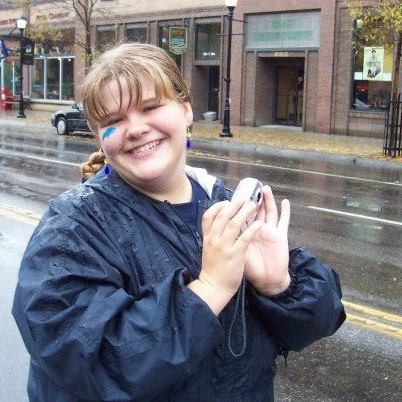 In my earlier days of outdoor adventure, I sought out lots of new friends and people. I tried to take out many people to teach them new skills and introduce them to new activities. Over the course of time, after dealing with flaky people who were using me for adventures and gear, I closed off much of my adventuring social life. Some may think I am jaded, some may think I am comfortable with my current group of adventure buddies, but what matters is that my adventure life had become like Donald Trump’s campaign, building-a-lot-of-walls.

A woman I dated several years ago broke up with me for a very unusual reason. She had a theory that everyone will meet 10 people in their life and they will leave an immediate impact, even if they are only there for a short period of time. To her I was not one of these people, and she only wanted to date someone she considered one of these 10. Upon hearing this, I thought she was 5 cans short of a six-pack, considered myself super lucky for dodging a relationship bullet, and then drove to Idaho to buy a lottery ticket. However, recently I am beginning to wonder if there isn’t a great deal of truth in her idea.

As you know from a previous blog post, I recently traveled to Lochsa Madness in Northern Idaho. It was a great festival; my buddy Ford and I had a great time. Sunday night, while we were in the Pavillion, a young lady who was sitting next to us, introduced herself. Her name was Lindsay and she was from Montana.

Lindsay was an unusually happy and friendly lady. She laughed, she joked and she made small talk with everyone. When it came to social IQ, she was Einstein. When it came to kindness, she was everything I hope my 6-year-old daughter becomes. Lindsay had a gallon of her homemade alcohol she called apple pie and it tasted like apple pie. As we sat talking she offered some to us. By the end of the evening, she was offering it to everyone at the table, even strangers whose names we didn’t get. As she made the people around her happier, the happier she became. You could see the happiness reflected in her eyes.

In the short time I had talked with her, she became like a long lost friend. I enjoyed her company as much as I enjoyed the company of my longest friendships. If my friendship was a line at Disneyland, Lindsay could cut to the front. I can’t say that my friendship is something super special like Magic Mountain, but Lindsay’s, I have a feeling, was.

Since our return to civilization and glass towers of work, when Ford and I talked about Lochsa or tell our friends about it, we always mention Lindsay. In some conversations, other names were mentioned but only one name was mentioned in all of them, “Apple Pie”, the nickname we had given to Lindsay. I had spent two hours talking to her and about four hours talking about her. That is the type of impact Lindsay had and I began to wonder if my ex-girlfriends’ theory may be somewhat accurate.

Upon returning home, to keep a promise I made to Lindsay, I tried changing my Facebook name to Lindsay Rice. However, because I have gone by names like Leuber Secsee, and Undee Nyeable Hunk in the past, Facebook wouldn’t let me change my name again. After she expressed her desire to ride in a Creature Craft, I also promised to take her down the river in 2018.

As I was finalizing plans for a Hells Canyon River trip, I realized we needed a few more people for the trip. The first person I thought about was Apple Pie. So Monday one week after Memorial Day, I went to her Facebook to send her an invite. I was confronted with one of those moments that take a while to sink in. Instead of seeing some of her spectacular pictures that she is famous for taking, I saw a lot of RIP’s and “You will be missed.”

I didn’t know what to think or what the story was. I reached out to the only FB friend that we had in common. While doing the thing that she loved most, on the Little Salmon River, she was knocked off the cataraft. There were some problems with her life-jacket and she was unable to get to safety until after she had passed several sections of rapids. By that time it was too late.

I do not know how old Lindsay was. I do know that she had a new job. I know that she loved rivers. I know that she died doing what she loved. I know that Lindsay had a pretty big impact on my life, in the short amount of time I talked to her. I am beginning to think that maybe the ex-had a full six-pack, but it would explain why I feel a large loss for someone I hardly even knew. Maybe Lindsay was one of the ten people in my life that will have an enormous impact, if not she definitely could have if I had known her longer.

I really don’t know what to say to memorialize Lindsay because I didn’t know her well, so I will use the words of her friends who have known her for a long time.

“I will miss this lovely lady.”

“Lindsay Rice was one of the best people I’ve ever known.”

“I can’t believe she’s really gone. She was one of the most incredible people I have ever met;” Morgan Merja

“She had such a vivacious and contagious spirit. The kind of happy that made you want to be happy just because.”

“Thanks for always being a bright, bubbly, optimistic light in an Eeore world.”

“She was a genuine and true friend. I knew I could always count on her for a kind word, good advice, and a willingness to share a pan of brownies.”

“You are the kindest soul I have ever had the pleasure of knowing. The world may have lost a wonderful friend but heaven gained one heck of an angel.”

Now, for each river trip I will have an apple-flavored beer, to remind myself of the woman who captured my friendship by cutting in line with a smile, kind words, and enthusiasm for life only rivaled by the warmth in her heart.