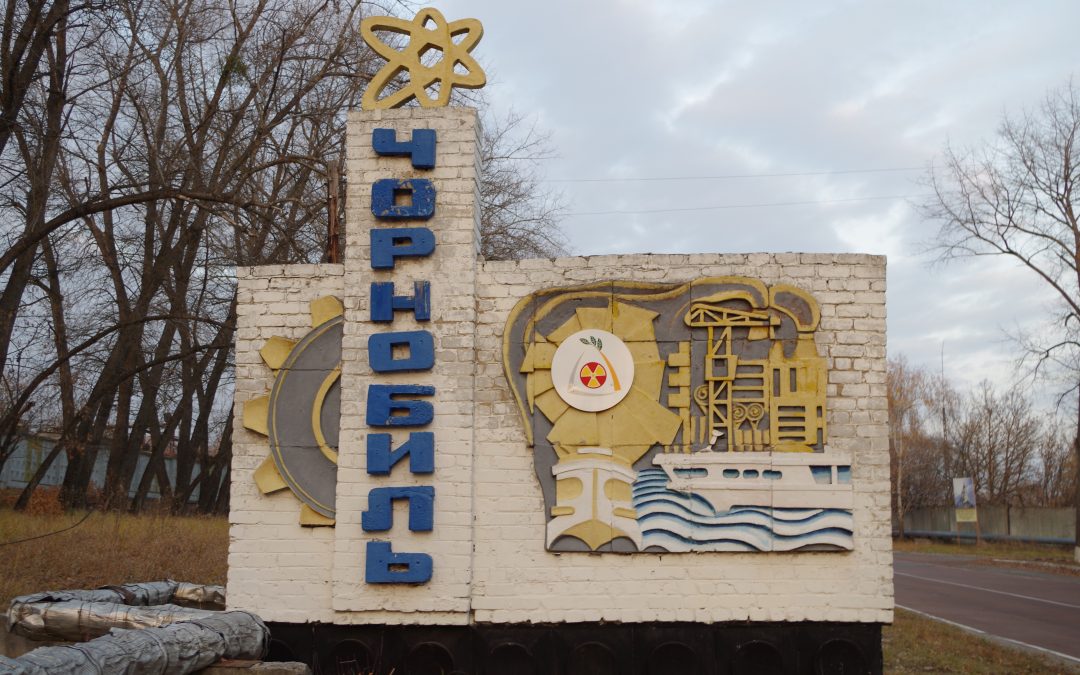 There are a lot of things that surprise me when I look at people’s bucket lists. Everything from “kissing” to “eating sushi in a porta potty” can make the lists. The fact that Chernobyl is on so many lists surprises me because it isn’t very well- known. In case you don’t know what happened at Chernobyl, I will explain.

Chernobyl was a nuclear power station in the Ukrainian state of the USSR. In 1986, while running some system tests, the reactor exploded sending radioactive fallout over most of Europe. The meltdown was considered a class 7 meltdown, which has only happened twice in history. Even though the Japan nuclear disaster of 2011, was on the same scale, Chernobyl is considered far worse. The success, of handling the Japan disaster, was largely successful because of the findings of what happened at Chernobyl.  Basically, Japan had an idea of what to do and how to do it. In Chernobyl, it was a bunch of drunk Russians running around like a hungry baby in a topless bar.

Visiting Chernobyl not only appears on a lot of people’s bucket lists, it also appears in a lot of internet clickbait. The most common photograph is one of the abandoned amusement parks. The internet sensation, surrounding the hauntingly beautiful city of Pripyat, which was evacuated days after the explosion, has led to a thriving tourist business. For rates as low as $ 150, you can get a personal tour of the Chernobyl exclusion zone. You will be treated like a pauper in a beat -up van or a touring rock star in a streamlined bus with cushioned seats. One way is better than the other. But first, let me tell you what can you expect to see on a typical tour of Chernobyl.

Chernobyl refers to a large area, surrounding the nuclear power plant. Most of the small towns have been destroyed and buried and only a few remain. All tour vans will usually pick you up in Kiev and transfer you to Chernobyl. Transportation is by way of van that is more bondo than metal or a full-scale tour bus. On your way to Chernobyl you can watch documentaries, videos and basically anti-Putin propaganda (at least mine did) on a small TV set. It was actually very eye-opening. And it is surprising to realize how little the western world really knows about the events that surrounded the accident.

The whole tour is spent slowly working your way to the town of Pripyat, which could easily be considered the worlds largest ghost town. This is the area where the abandoned amusement park, the elementary school, with left-behind gas masks, and where 99.9% of the pictures you clicked-on were taken. This is a lot of the vanilla stuff you will see no matter which tour you take, and if you get there by a Rock-Star Bus, this is probably all you will see.

Several years ago, the Ukrainian government removed steel from several of the buildings in the town of Pripyat. A lot of the buildings are considered no longer safe and tourist agencies are not allowed to take tourists to some buildings , such as the hotel, the gymnasium, the grocery store or any of the apartment buildings. No matter which tour company you use, you will not be allowed to see certain forbidden areas. But your chances to see a few forbidden areas increase if you choose option one, the bondo-covered van.

What the tour guides will generally show you depend on a couple of factors: how many people there are /and what type are in your group. The tour buses may have a total of 40 people. Forty people poking around in an area, where they aren’t supposed to be, can draw a lot of attention. Whereas a small group may go unnoticed. The type of people is largely beyond your control. If the group is amiable, and of similar physical composition and ability, the chances,  of seeing more, are also greater.

The two most impressive factors about Pripyat are its size and the wildlife. For more than 30 years, the foliage has reclaimed the majority of Pripyat. As you drive through the town, massive buildings may be only 50 feet away but are completely obscured by trees. Only when our tour guide allowed us on top of one of the “forbidden” apartment complexes could we see the sheer size of the city.

Because access, to the  Chernobyl area, is strictly controlled, natural wildlife has found many of the old buildings great places to call home. Not only the lack of humans but lack of human aggression towards these animals have created a generation of animals that are cautious but not fearful of humans. A normally shy red fox walked within feet of us with the calmness of a Hindu cow.

There aren’t a lot of travel destinations where people haven’t been. We regularly find ourselves in situations where we talk about travel experiences. There are only two places in the world you can visit a class- 7 -nuclear-disaster site, and at the present moment, only one of them is safe.  If it isn’t on your bucket list, it should be.

You generally have to book your tour several weeks in advance, in which case you are required to send a copy of your passport. When you arrive at Chernobyl, military personnel check everyone on the tour with the pre-approved passports.  It kinda gives you that James Bond feeling. Next time I go, I am totally wearing a tux.