The Boatsmith River Festival takes place every year over the Presidents Day Weekend on the Smith River near Gasquet, California.  The proceeds of which go to benefit the STEM-based Gasquet Mountain School. As one of the newer, if not the spring chicken of paddling festivals, Boatsmith is still picking up traction and for big water boaters, it’s river flows make it unpredictable, but the environment, people and purpose make it a must-attend for whitewater lovers of all crafts and abilities.  One thing that makes Boatsmith stand out over other Whitewater festivals is that played out real estate mantra location, location, location. With only one drawback, for big water boaters, ok maybe two, Boatsmith is incredible.

I have managed to make it to a few whitewater boat festivals in my time.  I always wondered how do these start?  Is it a bunch of people driving down a road see a river and say hey let’s float that, and it just reoccurs every year?  I even had the thought, wouldn’t it be great to be one of the original participants and say I was here at the first one. Well, in 2019, I got that chance at the first annual BoatSmith Whitewater Festival in Gasquet, California.  I followed it up in 2020 at the second annual BoatSmith Whitewater Festival.  Both times were excellent but completely different experiences. 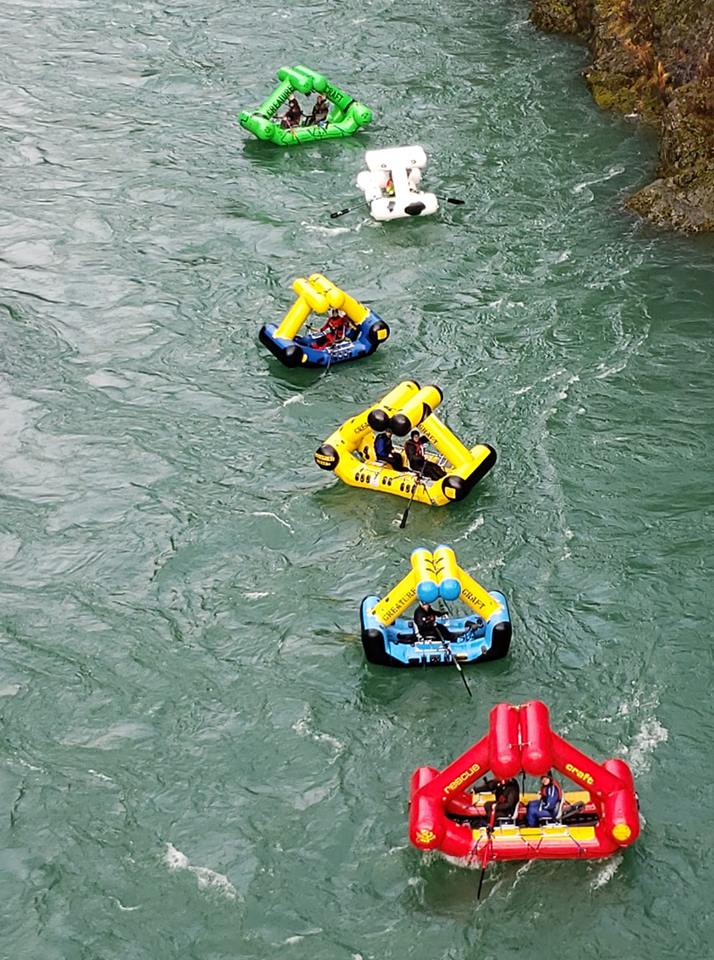 A Highwater Bonanza, With Bird Box Puns and The Oregon Hole Gorge

The First Annual Boatsmith in 2019 received a lot of rain and snow before and during the event. There are three forks of the Smith River. There is the North Fork of The Smith River,  The South Fork of the Smith River, and the Middle Fork of the Smith River. All of these forks have different sections and different stretches of difficulty. Due to the amount of snow, the pass to the north fork was not accessible, and passage to the launch ramp for the north fork wasn’t possible.  The upper part of the middle fork was where the day float was, and the South Fork was where the competitions were. The north fork and south fork were experiencing high water; the middle fork was well past the levels of sanity.

Two months before the 2019 Boatsmith festival, Netflix released its movie Birdbox featuring Sandra Bullock.  A good portion of the movie takes place on the Smith River. The heroine, Sandra Bullock, navigates down a river blindfolded, with two children in a tin boat.  Eventually, she flips over in the early portion of the Oregon Hole Gorge, and miraculously everyone survives (spoiler alert). The only knock on Boatsmith 2019 was listening to all the Birdbox puns, which I admit, came mostly from me. 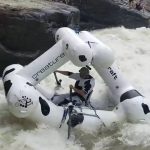 “Welcome to West Virginia” were the first words I heard as I blinked my eyes, easing them into the world of the awake. In the background, the first few bars of John Denver’s, ‘Country Roads,’ played on the radio.“Looks just like Pennsylvania” was the only response I could make in my current state of dysania.   Read More….

The most difficult of the three at high water is a section called Oregon Hole Gorge.  This section had flows between 12k and 20k during Boatsmith 2019. I was with the Creature Craft people, and they wanted to run this section over and over. I didn’t have any complaints, or a shuttle vehicle if I did so I was content to limit runs to this section.  Besides the creature crafters, there were some kayakers and a catarafter that ran this section. The rest of the time, we had it all to ourselves. The only regret I have from 2019 is that I didn’t get to raft the South Fork of the Smith or the North Fork of the Smith.

The evening gatherings at Patricks Creek Lodge during the 2019 Boatsmith would lead me to meet several people I would keep in touch with over the next year. Many of them would come boating with me, and many would invite me on their permitted trips.  It was one of the best networking events I have ever attended.  Sort of like those after-work networking events on meet-up, but you replace coffee with beer, and there isn’t a weird guy named Bruce trying to sell you the latest MLM scheme. 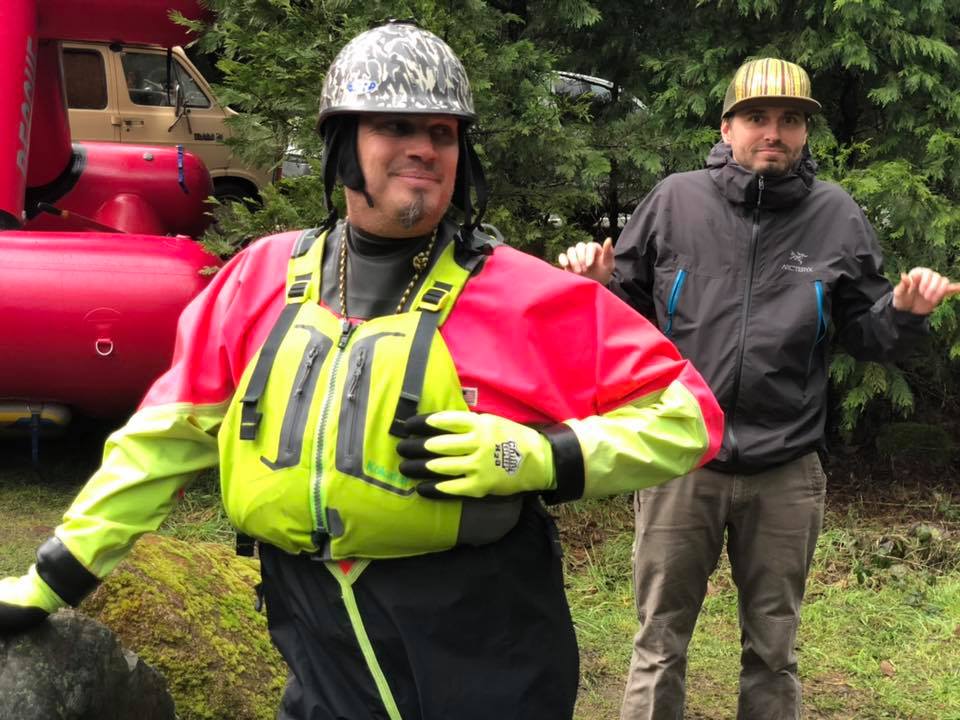 I made other great contacts in the business world with Matt Cronin, owner of Cronin Inflatables, who went on to provide the inflatable kayak my daughter is learning to row. I also met Goodwater Boat Works out of Portland, Oregon, who would later go on to put booties on my drysuit. Both are companies I would highly recommend. Had I known of Goodwater before, I would have had them repair my 1990 circa bright pink and yellow drysuit.  Crazy Bill from Crazy Bill TV dubbed me DA Glow Johnson because of it.

On a personal friendship note, I met a lot of the newer generation of creature crafters in the northwest area.  Many of the people I met I would boat with in the next year. I also met a down to earth paddle crew out of the Sacramento area called the South Fork Pirates. I kept in touch with the pirates, and they invited me to run the South Fork of the American with them.  However, time never seems to line up. 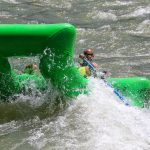 Rivers are natures original highways, carrying trade and passengers over long distances. Some rivers were considered sacred, others were the lifeline for the largest civilizations.  Today they are a major source of recreation either by boat, tube, kayak, raft or creature and they are something different to everyone.  Read More…. 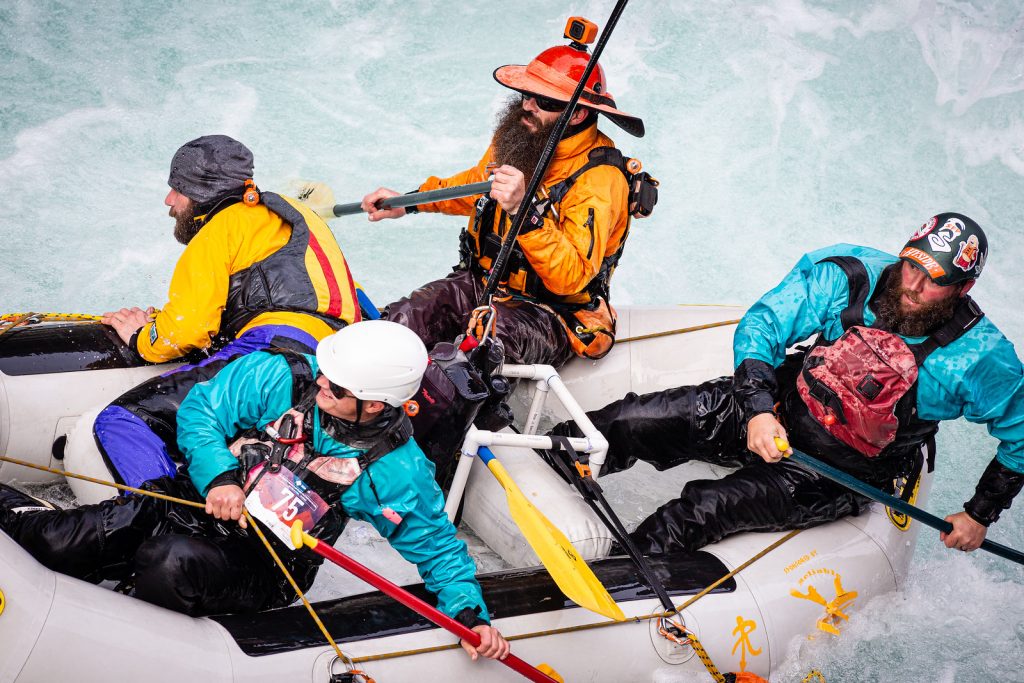 Where Did The Water Go, The South Fork, The Pirate Hoodie

The first Boatsmith was so much fun that I rounded up a bunch of people from Salt Lake to attend the second one.  As time got closer, we watched water flows, finalized plans, and got our act together. The week before, high water was hitting all the rivers in the area.  We even explored the option of running other rivers in the area, like the Cal Salmon, Illinois, and Trinity. With a storm predicting to hit the week of everything was looking fantastic.

The Tuesday before, we loaded the big boats on the trailer and made the 16 hours drive through the most boring landscape on the planet, southern Oregon, which on it’s the best day, makes the most remote parts of New Mexico look good. I would advise those going to Boatsmith to avoid the southern Oregon route for any other available way. On a side tangent, the can’t pump your gas in Oregon law is dumb. A side effect of the law is that if the gas station is closed, you can’t pay at the pump after hours, so those ten house towns, with one gas station that is closed in the middle of the night, are pointless.  We do know that the truck can drive for at least 20 miles after the gas gauge says you have approximately 0 miles worth of gas left. We didn’t run out of gas, but I wonder how many people do? Forget West Virginia (home to Gauley Fest, another whitewater festival); they should film horror movies in southern Oregon. Just start with someone running out of gas.  Totally believable!  But hey, if you are a graduate of the University of Oregon at least, you have a reliable career option as a gas pump attendant waiting for you.

We arrived at Gasquet early in the morning on Wednesday, prepared to run the raging waters of the Smith River. Unfortunately, the storm we were expecting was delayed and wouldn’t be arriving until the weekend, and the rains from the week before had since departed. Only about 2k was flowing through the Oregon Hole Gorge and about the same through the South Fork.  We decided to give it a try anyway, so we inflated the boats and headed to the launch ramp. I will say the difference between 20k CFS and 2k CFS is about 18k CFS. Besides the math, It was a little bonier but was still a fun flow with the bigger boats making it through without any problems. Was it as epic as the 20k not at all, but there would be no reason someone in a smaller raft or kayak couldn’t have a fantastic time.

It was great to see all the people I had met the year before.  Even though the water wasn’t high enough to run the creature crafts, a lot of the cc crowd were there.  Crazy Bill was there and was sad that I had to get rid of my brightly colored dry suit.  The guys from Sacramento, South Fork Pirates, were also there.

For the past year, I have been talking to a couple of the South Fork Pirates whom I met a year before. They had never seen creature crafts before the 2019 Boatsmith.  I told them I would give them rides for the 2020 Boatsmith. Unfortunately, a low water ride in a creature craft is as pointless as the preview windows on the back of bacon packages. 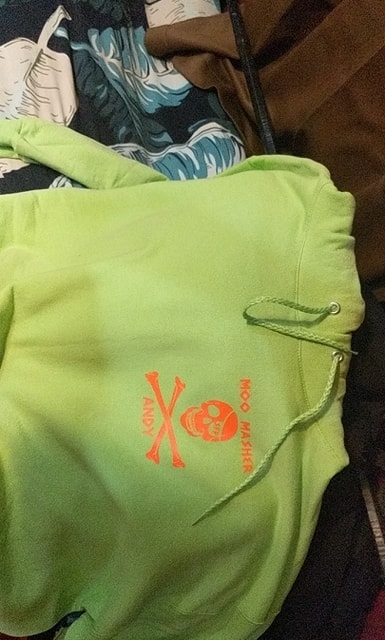 To show their gratitude, they made me a crew hoodie like the ones everyone in their crew wears. When I talked with them on Facebook, they asked me what color I wanted.  I thought they were asking about the silkscreen ink. I said, green. When they gave it to me, it was bright green with orange ink, a very bright appearance. When Crazy Bill saw it, he was like Da Glow. You are back! Later that night at the Patrick Creek Lodge, people were asking them, “How can I get a hoodie?” They would say they are for the crew only.  People were responding with, the dude from Salt Lake isn’t part of your team.

I am lucky, and you are jealous, if not now in the future, because when Boatsmith is the whitewater festival that everyone is talking about.  I can say I was there at the beginning, in my Pirate Hoodie.